TRYING TO PLACE A WAGER?

Install the app to get started

Keno is believed to date back to China in the 1st century AD when characters from one of Confucius` poems were used, rather than numbers, in the matrix.

Keeping the same flexibility of playing methods, the version offered through the Rhode Island Lottery since September 1992 bears a resemblance to the original game. Using a matrix of 10 of 20 of 80 numbers, players can win up to $100,000 on regular Keno, up to $500,000 on Keno Overtime, or up to $1,000,000 with the Keno Plus option.

Players may choose from 1 to 10 numbers between 1 and 80, in hopes that some or all will be randomly selected by the centralized computer.

A win occurs when some or all of the numbers (spots) selected by the player are matched by the computer. The more numbers that are matched, the higher the payout. It is even possible to win a cash prize when none of the wagered on numbers in a 10 Spot Game are drawn.

Keno is available at all Lottery Retailers, with most Keno Retailers equipped with a monitor that displays a new game every 4 minutes. Players can also watch games with Keno On the Go or check tickets using the Lottery mobile app.

With Keno On The Go, play your favorite Keno numbers or pick up some Quick Picks at any Rhode Island Lottery retailer, like supermarkets, gas stations and convenience stores for up to 15 consecutive games and watch the games on your phone, tablet or computer.

Keno winning numbers are available on our website after each game. Results are stored for the most recent 1,000 games.  The range of 1,000 available Keno games to watch is displayed above the entry fields. 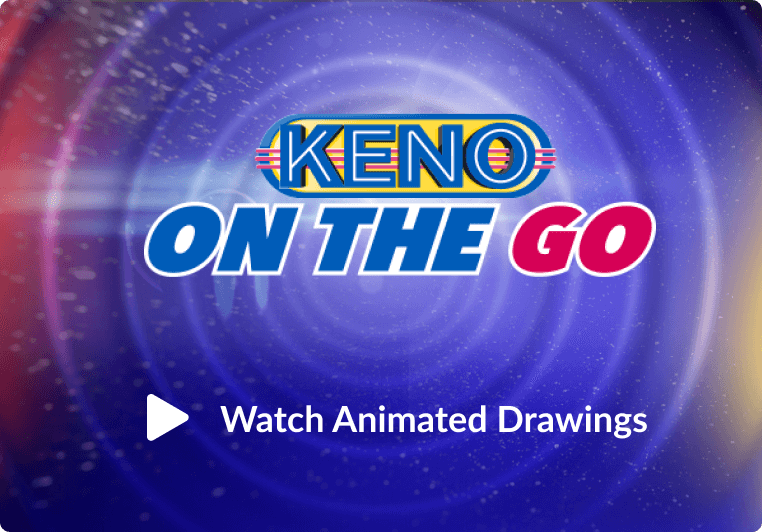